The move represented a pre-emptive strike by over-the-counter drug manufacturers – a week before government advisers were to debate the medicines’ fate. But it doesn’t end concern about the safety of these remedies for youngsters.

Thursday’s withdrawal includes medicines aimed at children under age 2, after the Food and Drug Administration and other health groups reported deaths linked to the remedies in recent years, primarily from unintentional overdoses.

A remaining question is whether children under 6 should ever take these nonprescription drugs.

Baltimore city official filed a petition with the FDA – joined by the Maryland chapter of the American Academy of Pediatrics and prominent pediatricians around the country – arguing that oral cough and cold medicines don’t work in children so young, and pose health risks not just for babies but for preschoolers, too.

“Pediatricians are taught these products don’t work and may not be safe. Yet almost every parent uses them,” said Dr. Joshua Sharfstein, Baltimore’s health commissioner and a pediatrician, who blames ads that overpromise relief.

The challenge, he says, will be to convince parents to try old-fashioned methods, like suctioning out infants’ noses or using salt-water nose drops.

“If you can actually pull a booger out with a suction device, people can feel better,” Sharfstein said.

CVS Caremark Corp. added that it would also end sales of CVS-brand equivalents.

“It’s important to point out that these medicines are safe and effective when used as directed, and most parents are using them appropriately,” said Linda Suydam, president of the industry trade group.

The American Academy of Pediatrics disagrees. It said, in general, the drugs shouldn’t be used for colds in small children.

“This is not a situation in which pediatric data are lacking and we are unable to say one way or the other,” Dr. Jay Berkelhamer, the academy’s national president, wrote the FDA last month. In multiple studies, they have “been found not to be effective in this population at all.”

Lark Hackney of Anchorage, Alaska, said her two grandchildren, 1-year-old Taylor and 2-year-old Julius have had many colds.

“We go to the doctor if it’s gucky and it lasts very long, but a lot of times we just treat it with, you know, treat the symptoms” like fever or cough with children’s medicine over the counter, said Hackney, who was at the National Zoo in Washington with her grandchildren.

She said they have used children’s cold medicines and neither child has had a bad reaction.

The FDA is bringing its scientific advisers together Oct. 18-19 to debate the issues, but its own preliminary review concluded that very young children shouldn’t take some of these commonly used medicines. And while the FDA’s main focus is on children under 6, it also will ask if there’s evidence that these drugs work in children up to age 12.

For other youngsters, parents should understand that cold remedies treat only symptoms, they don’t make viruses go away any faster, stressed FDA pediatrician Dr. Dianne Murphy, who urged parents to consult their pediatricians.

“What’s the risk? That’s what this whole meeting is about,” she said. “You need to weigh ‘Is that symptom that important to treat?’ ”

Most coughs shouldn’t be suppressed – that’s how the body clears the lungs, she added. Low-grade fevers are how the body fights infection.

Maureen Javers of Silver Spring, Md., likes to let colds play out unless a doctor says her children, 3-year-old Declan and 1-year-old Evelyn have an infection.

“I don’t really like to medicate them if they don’t need to have the medicine,” she said.

Health groups say that while low doses of cold medicine don’t usually endanger an individual child, the bigger risk is unintentional overdose. For example, the same decongestants, cough suppressants and antihistamines are in multiple products, so using more than one to address different symptoms – or having multiple caregivers administer doses – can quickly add up. Also, children’s medicines are supposed to be measured with the dropper or measuring cap that comes with each product, not an inaccurate kitchen teaspoon.

And, since “the medicine isn’t doing what the family wants, instead of giving as directed every six hours they give every four hours or every two hours,” says Dr. Basil Zitelli of the Children’s Hospital of Pittsburgh, who sees such children in the emergency room. “What they in effect are doing is poisoning their child.”

What to try instead? Pediatric and public health groups recommend:

-Plenty of fluids and rest.

-A cool-mist humidifier in the child’s bedroom.

-Acetaminophen or ibuprofen, as recommended by your doctor, to alleviate pain or discomfort – but check that they don’t contain extra ingredients.

-Some chest creams can ease stuffiness with menthol or other fragrances, but check labels for age restrictions. 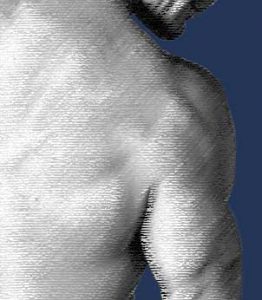